Back to IronNet News
Press Release 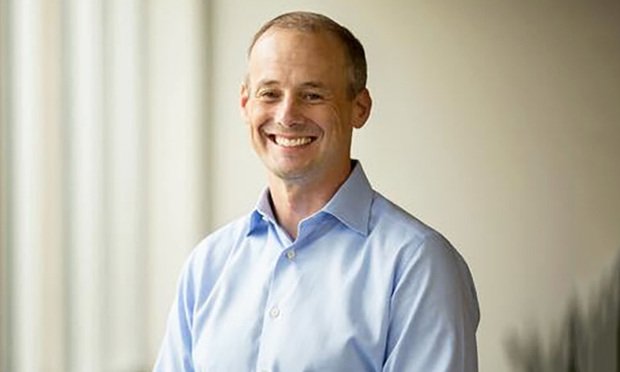 “Our ability to execute on strategic and business initiatives in the U.S. and internationally requires a world-class attorney with a proven ability to perform within fast-paced, high-growth companies,” said Welch. “Scott’s appointment enhances our ability to support clients and partners across a range of legal, business, and geographic operational models.”

“Scott is an experienced leader whose global perspective and experience will help us fulfill our mission of delivering the power of collective security to companies, sectors, and nations,” said GEN Alexander. “His unique experience in many legal, international, and corporate development arenas makes him the right executive to help IronNet continue our aggressive growth.”

As CLO and corporate secretary, Alridge will oversee IronNet’s legal function on a global basis and serve as a member of IronNet’s executive committee.

“I am excited to be joining IronNet at an important time and working with a world-class team to help industries collectively defend against advanced cyber threats,” said Alridge. “IronNet’s cybersecurity solutions play an important role for organizations of all sizes and I am looking forward to working with the team on a range of legal issues as we seek to accelerate our ability to help companies work together to improve security outcomes against the threats targeting their sector.”

Alridge brings deep experience to IronNet.  Over the last five years, he first served as Vice President and General Counsel for Bronto Software where he supported the company’s fast-paced high-growth Software-as-a-Service (SaaS) businesses. At Bronto, he was tasked with establishing and growing the legal department function and supporting the company’s next phases of growth, culminating in its eventual acquisition by NetSuite.  NetSuite was later acquired by Oracle, and he continued to support the NetSuite business unit, helping Oracle establish a new legal hub in Durham, NC.  Prior to Oracle, Alridge spent over a decade at ChannelAdvisor Corporation as Vice President, General Counsel, and Corporate Secretary, leading legal and corporate development responsibilities that included the expansion of ChannelAdvisor across the globe,  establishing a scalable commercial contracting model, working through the company’s Initial Public Offering (IPO), working on various rounds of venture financing, and leading and closing on a number of acquisitions. Prior to ChannelAdvisor, Alridge served as legal counsel for Glenayre Technologies, Inc. and started his career at IBM Corporation.

Founded in 2014 by GEN Alexander, IronNet Cybersecurity is a worldwide cybersecurity leader in Collective Defense and Network Traffic Analysis that is revolutionizing how enterprises, industries, and governments secure their networks. IronNet combines the skills of its cybersecurity operators with their real-world experience working on both offense and defense in the public and private sectors, integrating this deep tradecraft knowledge into its industry-leading products to solve the most challenging cyber problems facing industry today.