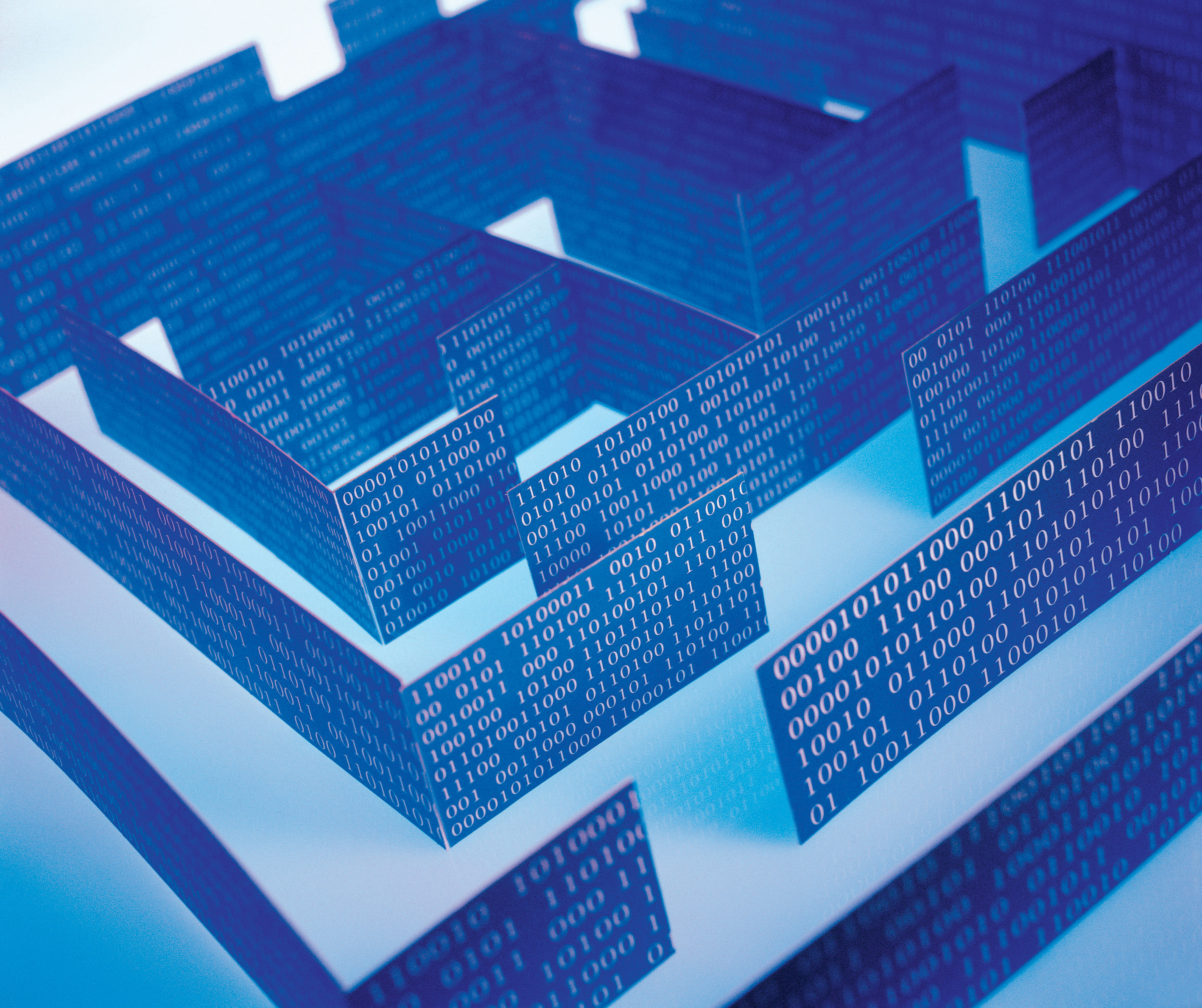 Maze is not necessarily a single group of threat actors; the actually name refers to multiple attack campaigns that extort targeted organizations on the basis of threat of ransomware and possible public disclosure of private data if ransom demands are not met.

Maze-themed attacks have been ongoing since May 2019 and have targeted organizations across different sectors and geographies. While a substantial number of targets are located in the Americas and Europe, recent evidence suggests the attackers are also actively targeting organizations in APAC and EMEA.

IronNet proves to be a very capable network detection and response (NDR) platform that is able to track and trace a Maze campaign as it progresses along its kill chain in the victim organization. As it precipitates various alerts associated with the attacker’s malicious activities, they represent multiple opportunities for the organization to provide a swift and effective response to neutralize the threat.

In the following, we will unravel the tactics, techniques and procedures (TTPs) of Maze and the associated detections on the IronNet NDR platform, IronDefense.

Furthermore, IronNet’s unique platform for Collective Defense, IronDome, delivers the power and resources of Collective Defense so that any company, organization, or public entity can defend more effectively as part of a collaborative ecosystem with shared knowledge and vetted alerts in real time.

Instead of relying solely on static rules, signatures, or static indicators of compromise (IoCs), IronNet’s NDR adds sophisticated AI and machine learning algorithms to detect the elusive unknown unknown threats based on detection of malicious behavior on the network. The graphic below illustrates the differences between these unknown unknown threats and other categories of (relatively) easily identifiable threats.

Furthermore, IronNet does not need to be presented with decrypted traffic, as its analytics are designed to operate on encrypted traffic.

Given that in a typical enterprise, approximately 75 percent of the traffic is likely encrypted and organizations typically can’t and do not want to decrypt traffic, the ability to detect malicious behavior in encrypted traffic, by design, puts IronNet in a position of immense advantage over some of its competitors.

As a result, IronNet is resilient to an adversary’s attempts to:

Specifically, in the case of Maze ransomware attacks, Maze operators have been observed to use most of the aforementioned tactics and techniques to avoid detection on the endpoints they infect.

However, despite these attempts by the adversary to avoid detection on the endpoints, this activity is still expected to generate network traffic activity (as a result of the need to maintain a communication link between the adversary and the compromised hosts), which would be subject to analysis by IronNet.

Because IronNet detects patterns of behaviors in addition to signatures, it is impervious to the attempts by Maze operators to obfuscate their activity on the network.

The sections below describe:

A typical Maze ransomware attack progresses through the following stages of its kill chain:

Now let’s describe each of these stages from an adversarial point of view:

Various techniques have been observed of Maze threat actors to obtain initial access to its victims such as:

As the attack progresses, the Maze actor now aims to establish a foothold and maintain persistence on the compromised machines. It should be noted that in several cases the activity, and changes caused by execution of techniques and tools used for privilege escalation and persistence, is localized to an endpoint and not typically visible on the network which is where IronNet operates.

Some of the associated techniques in this stage of the attack are:

At this stage the Maze operators have successfully obtained initial foothold and proceed to infect the machines with an advanced malware payload which is capable of persistent communication with its controller. In the case of Maze ransomware attacks Cobalt Strike (CS) exploitation framework would appear to be the exploitation tool of choice.

For example, if the target organization allows employees to use OneDrive, a malleable C2 profile can be generated to make Cobalt Strike’s C2 traffic look like OneDrive on the wire.

During a typical C2 communication between a Beacon and the CS server we expect to see the following transaction on the wire:

Having completed the description of each of the Maze Ransomware attack stages from an adversarial POV, lets now examine how IronNet NDR would detect each of these stages of the attack from an Analyst/Defender’s POV.

This section describes (in stages) IronNet detections that would fire based on the activity IronNet sees on the wire.

The specific IronNet analytics that are expected to fire are:

In the case of a Maze operator deploying CS Beacons on multiple systems, immediate consequences would be:

In cases where the Maze operator uploaded web shells that granted system level access to the on the internet-facing servers, this web shell foothold would then subsequently be used to download and execute CS Beacon payloads, the network visible effects of which would be detected by IronNet analytics.

While the creation, maintenance, and use of the domain or local user accounts (standard or those with domain admin rights) are primarily "endpoint visible,” IronNet would detect activity when such accounts are used for moving laterally amongst computers in the network.

Finally, while the creation of a new domain user account and its addition to the Domain Administrators group would not be directly detected by IronNet, usage of such accounts for lateral movement on the network would be detected by IronNet.

Overall, during this stage of the Maze attack IronNet would fire on various analytics such as:

Regardless of the sophistication of the Command Control framework used by Cobalt Strike Beacon payloads to communicate with the CS servers, for example, the use of malleable C2 profiles to disguise and hide C2 traffic to blend in with the normal traffic seen in the targeted organization’s network, IronNet NDR will apply its network behavior based models to detect malicious C2 traffic and malicious C2 domains.

IronNet would fire on the following detection analytics:

Download, installation and use of Mimikatz tool to extract credentials from the SAM file and/or the LSASS memory will be undetectable with IronNet as this malicious activity is visible only on endpoints. However, post credential collection activity such as use of these newly acquired credentials for lateral movement would be detected using IronNet.

Both internal scanning and network activity associated with executing, maintaining and using a Cobalt Strike Beacon payload would be detected by IronNet.

Internal reconnaissance, scanning activity performed by tools such as Advanced IP finder, as well as built-in Windows/DOS commands, would be detected by IronNet. Internal scanning using tools such as Bloodhound and PowerSploit/PowerView would generate malicious network traffic (anomalous SMB traffic for example) inside the network that would be detected by IronNet. Corresponding to these activities, the following IronNet detections would be observed:

IronNet would also detect post lateral movement (installation and execution of Beacon payloads on the new machines) via its beaconing and encrypted communications analytics.

Installation of a Cobalt Strike Beacon payload on the new endpoint (post-lateral movement) would also be detected by IronNet as a result of the C2 traffic that would be generated post payload execution.

Exfiltration of large amounts of data, which is typical in the case of ransomware, would be detected by IronNet’s unusual day and extreme rates analytics which detect suspicious network behavior on endpoints (in terms of unusual amount of data transfer) by way of comparison to a known baseline.

IronNet’s behavior detection models are agnostic of the type of tool or command used to exfiltrate data as long as they are behaviorally similar. In this case, even if the attacker modified the command to use a different form of data encoding, the network traffic generated by the endpoint involved in exfiltration activity would still trigger the extreme rate and/or unusual day analytic.

However, the network activity could be time- and space-correlated with endpoint-based activity (process, registry, file system and event logs) observed by the EDR tool and/or SIEM.

Corresponding to these activities, the following IronNet detections would be observed:

The actual encryption of files on hosts on the network would not be directly addressed by IronNet.

This lateral movement activity would be detected by IronNet regardless of what tool was used to perform this activity.

A behavior-based approach to threat detection at the network level is necessary to detect malicious activities associated with sophisticated threat actors such as the Maze group.

The Maze group implements (this is not an exhaustive list):

It is critical to adopt a solution that detects malicious behavior on the network rather than alerting based simply on the presence of a “known bad” indicator of compromise such as an IP or domain. This is the only way to stand any chance of early detection and neutralization of a sophisticated threat such as Maze Ransomware.

As we believe in IronNet, “the network doesn’t lie.”