Editor's note: This blog post is a modified excerpt of a longer piece published in The Hill. You can also view a video version of General Alexander's message on IronNet's YouTube channel.

On Memorial Day, we individually and collectively pay our respects to those who have given the ultimate sacrifice to our country.  This day offers not just a chance to thank who have gave that sacrifice and those who are willing to offer it today.  It is also a chance for each us to decide what we will do with the opportunities and freedom we have been given.  It is a chance for each of us to renew our own commitment to build a nation these patriots would be proud of.

My own childhood memories of Memorial Day were shaped by the stories of my father and his brothers.  Their generation—the Greatest Generation—gave a massive sacrifice that is the single greatest contribution to the world we know today.  It's why we enjoy relative economic prosperity and an amazing quality of life.  That heroic generation—men and women in their early 20s—willingly went to war, risking life and limb, to protect our way of life.  They dropped in behind enemy lines in foreign lands and often fought for the freedom of people they did not know.

It is hard today, even as we face a global pandemic, to imagine the sheer magnitude of the challenges that generation faced.  Yet face them they did, and they were victorious.  And when they came back, they were committed to doing the impossible and rebuilding our nation.  It was this spirit — a direct legacy of World War II — that made America a beacon of hope and opportunity to the world in the decades that followed. 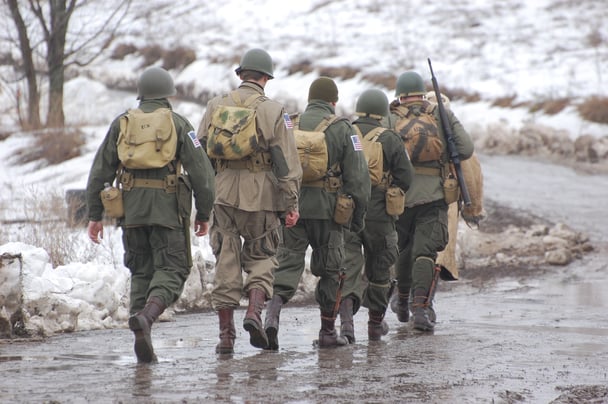 Even today, GEN Douglas MacArthur’s words at West Point in 1962 still ring true for me and my brothers- and sisters-in-arms: “Duty, Honor, Country:  Those three hallowed words reverently dictate what you ought to be, what you can be, what you will be.  They are your rallying points: to build courage when courage seems to fail; to regain faith when there seems to be little cause for faith; to create hope when hope becomes forlorn.”

These words encapsulate the values and belief system that shaped my generation and describe why I stayed in the military for so long.  It was the honor and privilege of working with people who had strong values, who sought to protect our nation, and who were willing to sacrifice literally everything to sustain our way of life.

In many ways, the front-line responders fighting today’s pandemic in cities, counties, and states across the U.S. — and indeed across the globe — share these same fundamental beliefs and values.

Today, therefore, is not just is a day to honor the sacrifices of all those who share these beliefs and values and are willing to put their lives on the line.  It is a day to ask ourselves how we will serve the families of the 7,000 servicemen and women who have given the ultimate sacrifice in last two decades.  It is a day to ask how we can make them proud of us.

So today we must go beyond thank yous and memorials.  We must build a better and more just America for the generations to come.  As we come out of this global challenge as a nation, we must put aside our differences —  political, economic, and social — and step up, together, to build the America our future generations need and deserve.

I want each one of those men and women to be able look down from above and know that they made the ultimate sacrifice for something that mattered.

GEN (Ret.) Keith B. Alexander served in the United States Army for 40 years. This blog post is a modified excerpt of a longer piece published May 25, 2020, in The Hill.