Cyber Attacks on the Power Grid 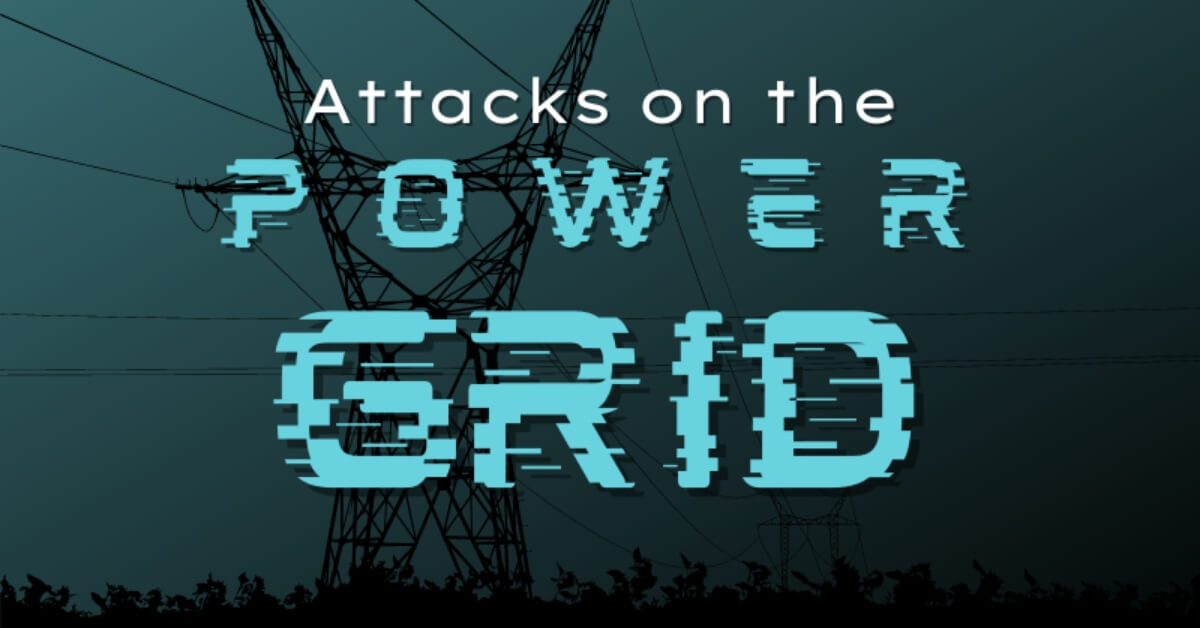 Given the recent news of Industroyer2 targeting Ukrainian electrical substations in April 2022 and the increased threat of cyber attacks on energy infrastructure, IronNet Threat Research took an interest in breaking down and analyzing past malware and threat actors that have targeted the various stages of the energy supply chain, specifically: generation, transmission, and distribution.

First detected in June 2017 in an attack against a Middle East-based petrochemical facility, Triton [PDF] is a destructive malware specifically designed  to manipulate industrial safety systems.

Triton has been linked by the U.S. government to the Russian Central Scientific Research Institute of Chemistry and Mechanics (TsNIIKhM), a research institute that supports Russian armed forces. It operates by modifying in-memory firmware in safety controllers, allowing the attacker to read/modify memory contents and execute arbitrary code. Through this, the threat actors can gain complete remote control of the safety controllers and cause them to cease operating or to operate in an unsafe manner.

In the attacks against the Middle East-based petrochemical facility, Triton was prevented from reaching its full capabilities because software bugs in the malware caused the industrial control system (ICS) safety controllers to detect the anomaly and the facility to automatically enter a safe state.

Triton is still very much a threat, however, and could have potentially led to consequences such as facility damage, system downtime, and even loss of life. In March 2022, the FBI released a report [PDF] warning of Triton’s continued threat to global critical infrastructure ICS systems. Safety controllers are used in a large number of environments, and they will continue to be the target of destructive malware.

In a rare case of researchers being able to analyze malware before it being used against victim infrastructure, Incontroller (aka PipeDream) was first discovered in early 2022 and has not yet been seen deployed in the wild against a target. However, that may make it even more likely to be leveraged or replicated in future attacks.

Incontroller is a collection of utilities that includes tools for reconnaissance, manipulation, and disruption of programmable logic controllers (PLCs). It is the seventh known ICS-specific malware and the fifth specifically developed to disrupt industrial processes.

Believed by researchers to be a state-sponsored malware (though not attributed to any particular state), Incontroller has the capability to: disrupt controllers to shut down operations, modify controllers to disrupt or sabotage industrial processes, or disable safety controllers to cause physical destruction. Due to its versatility, Incontroller may be used to target and attack PLCs and industrial software from hundreds of additional vendors in multiple verticals, including equipment in liquefied natural gas (LNG) and electric power environments.

The researchers assessed that these intrusions offer little value in terms of economic espionage value, but pose major concerns over potential pre-positioning of network access to support Chinese strategic objectives. Making heavy use of an infrastructure known as AXIOMATICASYMPTOTE, which encompasses ShadowPad command-and-control servers (C2s), the threat actors are believed to be tied to the Chinese government. Notably, this campaign commenced shortly after border clashes occurred between Indian and Chinese forces at the the Ladakh border, resulting in the first combat deaths between the two sides in 45 years.

It should be noted that in this campaign, the threat actors did not succeed in compromising the OT/ICS network; however, they may have gained the necessary information to do so in the future.

There are several consistencies in these intrusions and the previous RedEcho activity identified in February 2021, and one of the SLDCs targeted in these recent attacks was also targeted in previous RedEcho activity. However, there are also some notable distinctions that have led the researchers to not officially link the activity to RedEcho and instead cluster the latest intrusions under the temporary name TAG-38.

In the attacks, the TAG-38 threat actors compromised and co-opted internet-facing, third-party DVR/IP camera devices as C2s for Shadowpad malware infections. The threat actors did not succeed in compromising the OT/ICS network, but the goal behind the intrusions was likely to enable information gathering surrounding critical infrastructure systems or pre-positioning network access for future activity.

Researchers have attributed the attacks to the Russian state-sponsored Sandworm team, who gained initial access to the electricity companies’ IT networks roughly six months prior to the outage, using spear-phishing emails to deliver BlackEnergy3. Once gaining a foothold in the IT network, the threat actors harvested credentials and used existing remote administration tools on the operator workstations to deliver themselves into the environment for direct interaction with the ICS component. They then hijacked the SCADA systems to open the breakers and installed a modified KillDisk payload across the environment to erase the master boot record and some logs of impacted organization systems.

In December 2016, Industroyer malware targeted a Ukrainian electricity substation responsible for power flows, instigating a roughly hour-long power outage to at least one-fifth of Kyiv, Ukraine. Industroyer can be used to attack any ICS system and was referred to at the time as the biggest threat to ICS systems since Stuxnet.

Delivered through a spear-phishing email opened by an employee at a SCADA control workstation, Industroyer was able to run in the background for roughly six months before interacting with control system networks. The malware has the capability to directly control switches and circuit breakers at power grid substations using four ICS protocols. In this attack, it sent SCADA/ICS commands to devices in the field, which executed what it thought were valid and authorized control commands to cause a power outage event.

After the cyber attacks impacting Kyiv, many were concerned Industroyer may be repurposed to attack other ICS infrastructures, such as local water or gas utilities, manufacturing systems, or oil and gas distribution. These concerns were later fulfilled six years later in 2022.

In April 2022 – less than two months after Russia invaded Ukraine – a second variant of Industroyer (Industroyer2) was discovered targeting regional high-voltage electrical substations in Ukraine. Luckily, the attack was detected and mitigated before a black-out occurred; however, the potential outages would have impacted an estimated two million people in the country.

Attributing the attack to the Sandworm team, researchers believe the threat actors initially gained access in early February 2022; however, it is currently still under investigation which tactics the attackers used to gain access and move laterally from the IT network to the ICS network.

The Sandworm threat actors used several malware variants in the attack. Along with Industroyer2, they deployed three wiper variants (CaddyWiper, AwfulShred, SoloShred) targeting different operating systems, and a worm (OrcShred) to spread the two different wiper malware targeting Linux and Solaris systems. CaddyWiper, which is a wiper first seen a month prior targeting a Ukrainian organization, was observed deployed via Group Policy Object (GPO), indicating the attackers had prior control of the target’s network beforehand and possibly even achieved full domain compromise. Researchers believe the use of wipers was likely an effort to slow down the recovery process and prevent operators of the energy company from regaining control of the ICS consoles.

From examining past attacks on electric infrastructure, IronNet threat analysts generated an attack chain that is typical of attacks targeting an electric utility. Each step in the attack chain is mapped to the associated MITRE ATT&CK tactic or technique and, where appropriate, the relevant IronNet behavioral analytic.