Back to Webinars
OnDemand

The next four years...in cyber 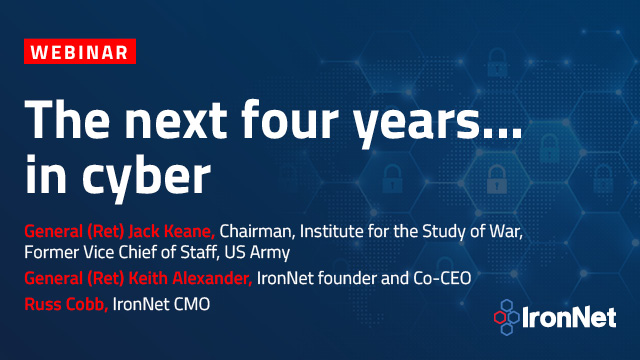 With the U.S. election only one week away, the security posture of the nation’s future is on the minds of these two top-ranked former military leaders. Join General (Ret) Keith Alexander, General (Ret) Jack Keane, and IronNet CMO Russ Cobb as they analyze what the next four years could look like with regards to cybersecurity threats from nation states like China, Russia, and Iran. Tap into their combined experience and intelligence access as we tackle questions such as: